Focus on Huajun appliances and learn about industry dynamics

The crisis of the fiber optic field connector and coping strategies

The year 2011 is a big year for FTTH construction in China. Fiber optic cable accounts for 60% of global usage, field connectors account for 70% of global usage, and conservatively estimates that the nation's end-to-end usage has reached 20 million units. As the last connection node in the physical optical network, the field connector has become a mainstream end-to-end technology. Foyer? Woe? It's hard to say for sure, but one thing is for sure: this has a certain technical threshold, but the technical field is relatively homogeneous (mechanical). In the past two years, it is said that the emerging subfield of FTTH networks has attracted a lot of small capital with a slight sense of smell to flock to it. But the risk is also "diving into the night with the wind", for China's FTTH network brings endless hidden dangers, silently laying a minefield.

The reason why non-pre-set fiber field connectors are so popular?

The most incredible thing to the optical communications industry is that the so-called non-pre-set field connector (commonly known as pass-through field connector) actually Into our industry standard! It is even more prevalent in networking, for two reasons.

We are familiar with the insertion loss of optical connectors and return loss even in our industry does not have a deep understanding, not comprehensive, especially the return loss is Ignored. Domestic field connector design and manufacturers do not realize the significance of return loss, directly leading to "ignore" return loss, or even for the Enterprise's advantage, attacking the technology of pre-set field connector for refractive index supplementation.

China's field connector and cold connector development process, the first in the field connector development is the Wuhan Academy of Posts and Telecommunications and then the Nanjing (a) Both Putian and Tongxing optoelectronics, which were early trapped in the basic domestic industries, materials and sub-micron machining technologies, were slow to develop. In working with these companies, some of the country's small machinery manufacturers capture market information and skip the technical bottlenecks - pre-fiber and Engineered fiber optic splice in V-groove, developed as a "non-prepositioned" field connector. Non-preconditioning means that the fiber is routed directly across the connector, aligned on the ceramic end, and then the fiber is compressed.

The essence of the "non-prepositioned" field connector is a bare fiber adapter that has been used for decades by operations and maintenance, the essence of the technology is to limit the use of ceramic inserts in the high-precision bore to the optical fiber, the use of ceramic inserts to limit the use of optical fiber technology is absolutely fast and easy technology, but there are several problems can not be avoided.

The return is not guaranteed, the cut fiber end face will greatly increase the Fresnel reflection, so that the return loss in the communication line increases tens of thousands of times, seriously affecting the transmit signal of the optical transmitter laser, damage to the quality of communication, reduce the network coverage distance.

Non-pre-set fiber-optic field connector is not clear in the optical principle of the case, the use of attention asymmetry, bluffing the national operators.

The second important reason for the popularity of non-prepositioned fiber field connectors in the country is the excessive focus of operators on CAPEX. Coupled with the urgency of the project construction, in the PON network in the important field connector selection is not strict enough, not enough emphasis; developed mainstream The national use of pre-positioned fiber to the connector, which offers excellent performance, is too costly, and operators urgently need to adopt it in large numbers to reduce CAPEX. Low-cost field connectors. History has given a golden window of opportunity for non-pre-configured field connectors. This kind of construction model alone, which ignores the lower OPEX levels, will eventually lead to very high operating costs of FTTH in China.

According to the actual testing in the Quality Inspection Center of the Ministry of Industry and around the operator bidding tests and practical applications, there are more quality issues The product has a fiber optic field connector. China Telecom's Science and Technology Committee director Wei Leping has said: "I thought FTTH could save maintenance costs, who knew that OPEX is rising instead of falling. Now it seems, China Telecom's FTTH quality problems too much, and a large part of the problem is in the ODN."

1. product performance varies high failure rate, the root cause of the high failure rate is the core V-slot field connector accuracy do not lead to. Although our country's manufacturers have gradually learned the material and mechanical forming technology of V-groove from the United States and Japan, and have mastered and mastered the core technology of V-groove, we have also learned the technology of V-groove. Process technology, but still can not develop their own V-groove material and molded parts like Sumitomo and other manufacturers in Japan, the depth of the injection molding equipment, the market Conventional material and forming equipment is 0.01mm meter scale and is not capable of manufacturing sub-micron V-groove parts. Guaranteed bulk stability of the batch. This instability doomed field connectors to high failure rates in engineering networks. 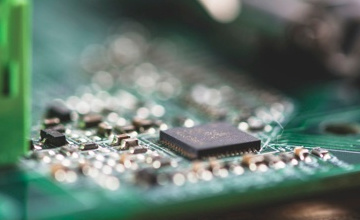 In future automotive electronic systems, as the demand for safety, energy efficiency, environmental protection, comfort and entertainment increases, the related components and their Shipments of peripheral products will also continue to grow rapidly. Many of the design challenges in automotive electronics require solutions to be considered from the component level up. Around this topic, new sensors, protection devices, and high-voltage connectors are introduced for automotive power control, safety systems, communication and entertainment, and Applications such as charge and discharge systems. 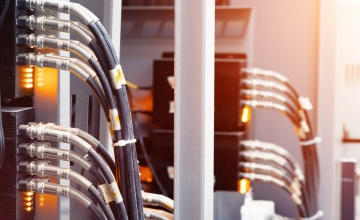 The crisis of the fiber optic field connector and coping strategies

The year 2011 is a big year for FTTH construction in China. Fiber optic cable accounts for 60% of global usage, field connectors account for 70% of global usage, and conservatively estimates that the nation's end-to-end usage has reached 20 million units. 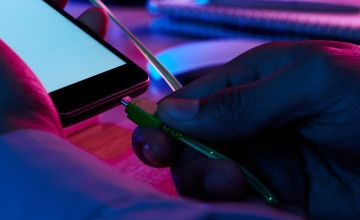 Suzhou Huajun Electric Equipment Co.,Ltd. is located in Mudu, a thousand-year-old town on the shore of Taihu Lake with beautiful scenery, which was founded in July 2003. 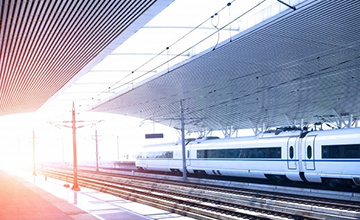